#iHunt is a series of short stories and novels. The primary series consists of two books by Olivia Hill: #iHunt – Killing Monsters in the Gig Economy, #iHunt – The Chosen One. It also contains a short story collection called #iHunt – A Fourgy (Fivesome?). Additionally, the novels Reaching Out (Filamena Young) and Blood Flow (Olivia Hill) take place in the same setting.

The first #iHunt novel. It’s like Uber, but for slaying monsters! 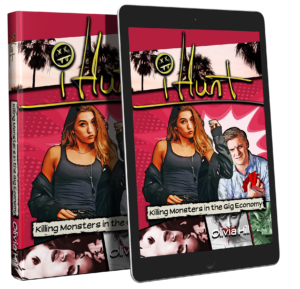 #iHunt: The Chosen One

“She’s the light in the darkness. The chosen one. She will be one against the night, waging war eternal to vanquish the forces of evil.”

Lana’s not the Chosen One. She’s just a millennial trying to make ends meet. She makes ends meet by hunting monsters through an app called #iHunt. It’s like Uber, but for hunting the killers that stalk the night. When she meets the real Chosen One, Veronica Vanderbilt, things get complicated. Veronica doesn’t understand why Lana would charge money for doing good work. Lana doesn’t understand why Veronica manages to survive despite being insufferable.

Meanwhile, Lana’s trying to work out her issues with her girlfriend, a vampire named Natalie who struggles with Lana’s job killing people like her.

#iHunt: The Chosen One is a darkly humorous take on the gender and social politics of our favorite 1990s TV vampire slayer, through the eyes of a millennial in 2019. 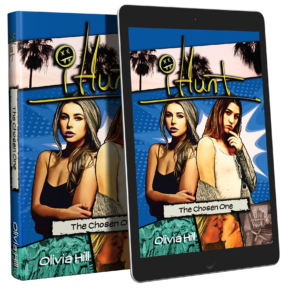